Gandhi developed passive resistance tor Greater India independence and those who are living in the West Bank have adapted it to their own political needs. the destruction of The Jewish State of Israel. Thus a passive withdraw has developed which unfortunately for those who are in their hearts are prone to have humanistic tendencies are not aware fully the single aspect of such voluntary withdraw, is resistance and the image it presents within in politicalized Middle East mimics apartheid. Moreover, the main body of their body politic, The PA, is to keep their own community separate from the Israelis as much as possible, to prevent social and cultural mixing with Jewish peoples – their leading edge sword of their cuts, parry, and slashes into the very fabric of human consciousness.

Everyone has lost the point of why the US is cutting its efforts in dealing with the Israeli – Palestinian Reconciliations. The EU is in the process of initiating the Palestinian Settlement Movement as such efforts are in conjunction with housing construction and enlargement of capital investments to develop industries once Palestinian Settlements are established. Follow the total picture of where the EU MONEY is going… ALWAYS FOLLOW THE MONEY!!!! 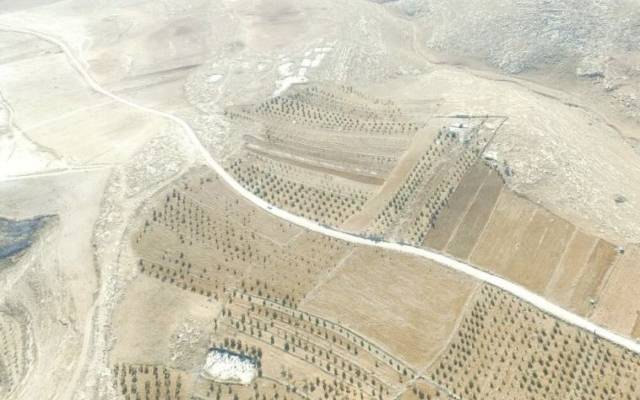 The EU’s Sponsored Road Construction    This news item indicates both a means by which areas which are incorporated by administrative Palestinian Authority communities can claim and annex to their corporate boundaries the areas now being developed.

FOLLOW UP ITEM 1: More than 400 EU-funded Palestinian homes have been erected in 17 locations across Area C of the West Bank, which was placed under Israeli jurisdiction during the Oslo Accords which the EU signed as a witness, Regavim said. …………….. 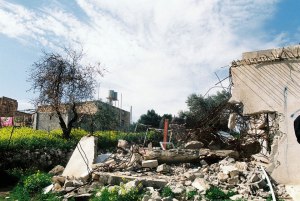 Building Homes in the Name of Humanity ?  Here, and in the same area, know as Area ” C ” this activity in likewise under the sponsorship of the European Union.

Follow Up Item 2: CRITICAL INFORMATION NOTE: The areas in question which represents about 80 % of all Judea and Samaria are unimcorporated areas. What you should know, and what the PA should have tried to confer with the Israeli legal authorities is the Jordanian legal adminstrative rules concerning this issue before they completely withdrew all their claims to this territory without any resolve to this term, and how they administered such lands before the June 1967 War. What Israel is now facing outside of Middle East are those western states who are trying to impose their own rules on such territories, which in review, such as in the following link is complex; thus causing more tensions to come, while the PA will sit and complain on their somewhat lazy asses and let the foolish westerners do all the hard work. Howwever, if one is to use existing laws which have governed the Middle East, these Euro-centric rules are themselves are force colonialization as they are opposed to existing Middle East traditions; thus the PA is likewise becoming Neo-Colonialist unaware of what behind either EUs effort and how everyone has become so idealistic with respect to their cause. See what is indeed total confusion in what the west wants to impose on both the Israelis and the PA ….. Sorry but the following link to source is a difficult read, but accurate in every detail

Follow Up Item 3: ADDITIONAL PERSPECTIVE AND HUMANITARIAN ALERTS AS WELL: Every society has their opportunists, and within Israeli society there is the double jeopardy of how Israeli institutions can consolidate its rule of law, and cultural secular traditions, I.E. The IDF.  There  upon a peoples who recently made aliyah and within their every day behaviors, and their subsequent business practices are all major factors which are creating a more complex society, and the leading internal quest is how those who are the Israeli authorities can view, and enforce Israeli laws upon those who have recently came under their administration. The Israeli society is rapidly expanding, and with the growing edge in per capita of birth rates over and above those in the West Bank and Gaza this growth is causing administrative difficulties; thus there will be abuses. None the less, and what should always be held in perspective is that the Palestinian Authorities are encouraging such abuses as well, THE NIGHTS AND DAYS OF THE KNIFE as an example, and may even have funded, paying for their various staffers, those to cause such abuses; they have a covert arm of leftist Israelis who are not necessarily political but who wants in on the money..

IT SHOULD BE NOTED AT ALL TIMES, THEREFORE, THAT THE SINGLE UNIFYING ASPECT IN THE FUTURE OF THE JEWISH STATE IS HOW THE ISRAELI DEFENSE FORCES ARE BECOMING ITS CENTRAL UNIFICATION DYNAMO THROUGH ITS INTERNAL CULTURE OF UNIT COHESION. MOREOVER, THE EMERGENCE OF WHOM SOME CALLED SABRAS, NATIVE BORN ISRAELIS, ARE BECOMING MORE DYNAMIC IN REDUCING SUCH ABUSES AS THEY ARE A DIRECT PRODUCT OF AN ADVANCE CHILD REARING SOCIETY. A POINT WILL BE REACHED IN WHICH BOTH WILL CONVERGE IN THE FINAL UNIFICATION OF EREZ YISROEL. 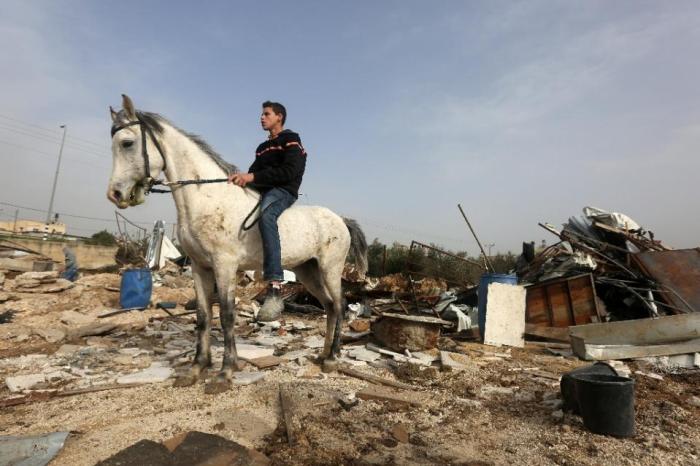 Follow Up Item 5: The EU has finally admitted it. They are in the developing stages of creating the Palesitinian Settlement Movement, as the following article admits. Another words they want their narcissist own piece of the pie in any negotiations within the Middle East. ……………..

In an attack on the Ammunition Hill light rail station in Jerusalem, the stroller of this baby girl was hit by a car driven by Hamas activist, Abed al-Rahman Shaludi, who had been imprisoned in Israel for 16 months for security offenses. Released from prison in December 2013, Shaludi was the nephew of Mohiyedine Sharif, a one-time commander of Hamas’s armed wing, the Izzedine al-Qassam brigades. My thoughts and prayers are with the family as they tried for many years to have a child.

Infant Killed in Jerusalem Light Rail Attack Was U.S. Citizen
JNS.org– Three-month-old infant Chaya Zissel Braun, who died in the hospital after her stroller was hit in Wednesday’s vehicular terror attack on the…
ALGEMEINER.COM

Earlier today in Jerusalem a terrorist launched an attack in which he drove his car into a crowd of people waiting for a light rail train by Ammunition Hill. Early reports are still coming in, but at least 8 people were injured in the attack, and a three month old baby was killed. Jerusalem Police said the driver of the car tried to escape but was shot and wounded by security forces. The man is a resident of east Jerusalem neighborhood Silwan, police confirmed, adding that he had served a previous jail sentence for terror activity.

In a security consultation, Prime Minister Benjamin Netanyahu ordered that security forces in Jerusalem be reinforced.

Baby killed and eight wounded in suspected terror attack in Jerusalem
Driver shot and arrested while trying to flee after vehicle ploughed through people standing on light railway platform
THEGUARDIAN.COM|BY PETER BEAUMONT
Roger M. Christian and United with Jerusalem shared a link.
Terror Attack in Jerusalem; Baby Girl Fighting for Her Life
An Arab resident of Jerusalem ran over pedestrians with his car in Jerusalem, leaving three Israelis critically injured, including a 3 month old girl who is fighting…
UNITEDWITHISRAEL.ORG
Roger M. Christian via United with Jerusalem
The Obama Administration just does not get it, and Kerry is really off on another wild goose chase. What both have made a direct commit to., THE LINKAGES THEMSELVES, Is that when ISIS present its live show and tell propaganda, such as be-headings, open genocide, it is also positive propaganda for The Palestinian Authority, and Hamas — which also gets huge financial US assistance —and the creation of a Palestinian State along side the Islamic State of ISIS.
Palestinians Welcome Kerry’s Linkage of Arab-Israeli Conflict with ISIS
Palestinians expressed warm support for Secretary of State Kerry’s claims that the failure of the Israeli-PA peace process fueled recruitment to Islamic State.
UNITEDWITHISRAEL.ORG

The Political Narrative in Sections